Big Pharma Skeletons In The Closet by Martin Shkreli

Below was written by Martin Shkreli in January 2017:


Welcome to Pharma Skeletons, by Martin Shkreli
Stephen Ubl,
Don't you dare point your finger at me for the pharmaceutical industry's troubles. It turns out we've all made some unpopular moves.


Abbvie/Abbott
Abbott raised the price of an HIV drug, Norvir, (sound familiar?) to huge public outcry.
People were pissed.
They didn't need to. Abbott had billions of dollars of net income that year.
Abbott still raises the price of Humira, every year. This is despite Humira being the best selling drug on the planet.
Allergan
Allergan pretends 10% price increases make sense in a no-inflation environment. Just assume no one can do math. A big price increase on a small product is worse than small increases on big products, right?
Just paid the SEC a ton of cash to settle allegations it wasn't disclosing M&A events properly.
We pulled Namenda IR off the market so that we could greedily switch patients to Namenda XR.
But everyone else is the bad actor, not us.
Don't forget the inversion to avoid taxes, as well as their attempt to reverse merge with Pfizer to take them out of the U.S. tax system as well.
Remember that this is the company that does not do any R&D -- they buy-in and call that "open science". Open bullshit.
Amgen
No price increases here! No scientists either! Just lawyers.
Company was accused of pushing EPO so hard that it became toxic to patients. Remember that?
The company hasn't had a science-oriented CEO in decades. Their R&D productivity is pathetic.
Avanir
We sell... cough syrup? We got a patent on the cough syrup for pseudobulbar affect. Somehow it got FDA approved.
It's not a big selling drug or anything, but we need lobbying.
Bayer
We raise prices on drugs by 100%+ but no one notices.
'Member Baycol? Oh, I member.
Biogen
Price increases power this shitty business.
Tecfidera was a cheap drug available overseas.
New drug costs $750,000 its first year and ~$300,000 every year thereafter. Daraprim is $25,000 one time. Get mad!
Biogen doesn't fool anyone into thinking they're "innovative".
Biomarin
Kuvan doesn't cost much in Europe.
Bristol-Myers
Is anyone old enough to 'member old Bristol Myers? Vanlev? Richard Lane? Peter Dolan? I 'member.
It sure is easy to pretend you're a model citizen when your company went through a pretty ugly period fifteen years ago.
Celgene
So we took a really old drug, price increased that by a lot.
Then we made PRODRUGS of that drug and priced them even higher.
THEN we increased the prodrug EVEN MORE.
Eli Lilly
No price increases to speak of. Model citizen.
Except Cialis which mysteriously has the same price changes as Viagra.
Esperion
We don't even sell drugs yet but we spend shareholder money on lobbying.
Genentech
Andy Pollack wrote a story in the New York Times in 1988 complaining about the high price of Activase.
Some things never change.
With that said, Genentech is an awesome science-driven company who had a card-carrying scientist CEO.
But you should also look into the history of the guy who was there before Dr. Levinson.
Man, what a scumbag.
GSK
Do we even do pharma anymore? Consumer head now runs our business.
We sold off our crappy old drugs to "price gougers".
Horizon
LOLOLOLOLOLOLOL. Deep breath. Resume laughing. LOLOLOLOLOL.
PHRMA is defending the poster child of price increases?
Doing a Freidreich's study that couldn't have worked doesn't count as R&D that will magically absolve you.
Horizon is another tax avoider. Ireland headquarters. So much pharma talent there.
Jazz
This is a really smart shareholder-focused company. But if you are looking for the vanguard of R&D, keep looking.
Jazz is another "Dublin" headquartered company.
Johnson & Johnson
J&J has had a very hard time making their OTC medicines.
Writing about J&J transgressions will take some time.
Lundbeck
Because when your patent is expiring: TRY THE ISOMER!
Mallinckrodt
Really? Acthar's 65,000% price increase represents your values but Turing doesn't?
Gosh, I'm so upset my portfolio companies aren't a part of your trade group.
Tax avoider? Check. Ireland.
Marathon
Bro. These guys invented price increases. I literally learned it from them.
Ovation. I can start a new company, too.
Merck
There was once a drug called Vioxx. I member Vioxx.
CEO is a lawyer. He was in senior management during the Vioxx scandal and was promoted.
Schering-Plough consent decree was an interesting time.
Novartis
Maybe the one honest, well-run company in pharma?
Novo Nordisk
Some price increases here if you look hard enough. Like, if you look at all.
Orexigen
This company is barely solvent. Come on, what are you lobbying for?
I suggest they spend less money on dues and try to get profitable.
Pfizer
They raise price sometimes.
One of the most unproductive R&D groups in the history of pharmaceuticals.
"Pfizer fined $106 million fine for imposing a 2600% price hike"
Purdue
I know absolutely no one who blames this company for the opioid epidemic.
I doubt they even promote OxyContin.
Sanofi
Couple of price increases here, I think.
Just a reminder.

You: Washington Lobbyist piece of shit.
Me: A guy who has done R&D and started two drug companies. When you learn what a nitrogen atom is, you can talk about me.
USPTO 8673883
USPTO 9181286
Turing is a small company researching drugs for rare diseases that no one else wants to. All of your member companies, with a few humorous exceptions, have billions of dollars and don't need price increases. I'm sorry if my company's and patients' survival is inconvenient to your gigantic income streams.
Look in the mirror. This website took me half an hour to make, just 'membering a few moments from the past. Pharma is a wonderful industry that does great things, but trying to throw me under the bus is foolish. Let me remind you 90% of your members' CEOs could not hold a candle to me in scientific knowledge, achievements or wealth and entrepreneurial achievements.
90% of you are the same as you, Mr. Ubl, slick guys in suits who make a living spewing bullshit. Also keep in mind that I took a very low or zero salary at all of my companies. Your CEOs enjoy the fat paychecks they receive from price increases. I put my money from price increases into research. Half of big pharma CEOs could not tell you the first thing about science. Maybe focus on changing that before you point at me and make false statements.
Martin Shkreli
Founder of Turing Pharmaceuticals AG
Founder of Retrophin, Inc.
Co-Inventor of a new series of pantothenate analogs for the treatment of pantothenate kinase associated neurodegeneration, a lethal pediatric illness
Licensor and innovator of sparsentan, the first endothelin antagonist for focal segmental glomerulosclerosis, a rare pediatric kidney disease
Co-Inventor of a new series of molecules for the treatment of Canavan Disease
Co-Inventor of a new series of molecules for the treatment of Lafora Disease
Inventor of a fusion protein platform for the treatment of several rare genetic disorders
Co-Inventor of a potential treatment for SLO Syndrome
Ask about me. I wish you would.

Popular posts from this blog

Return of the King 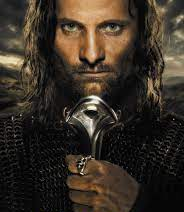